In Antwerp you can currently visit the exhibition ‘Van Gogh The Immersive Experience‘. That news reminded me of the days when I passed a sign in the entrance gate of the Academy every day. This sign stated that Van Gogh studied here in Antwerp. In this article I will take you back to Van Gogh and where and what he visited.

Vincent Van Gogh was born in the Dutch town Zundert in 1853. At the age of sixteen, he became an employee of an art dealer. Because of his work he stayed briefly in Brussels, Paris and London. He was fired in 1876 because of his depression. He had several jobs and became more and more intereted in spiritualism. He also began to paint and draw frequently. From 1883 to 1885 he lived with his parents. A month after his father’s death, he made one of his most famous works: ‘The Potato Eaters‘. Six months later he leaves for Antwerp.

Vincent Van Gogh arrived in Antwerp on November 24, 1885. He wanted to come here to study the Baroque artist Pieter Paul Rubens. The Academy had an extensive art collection and education was free. On January 18, 1886, Van Gogh therefore enrolled for a course at the Antwerp Academy. He had to make a ‘test piece’ in order to be admitted to further training. But in April or May at the jury report he was referred to a lower class. He had not awaited this decision, he had already moved on to Paris.

In 2010, one of the works that Van Gogh had made at the Antwerp Academy, a duo of wrestlers, was found in the Kröller-Müller Museum. It was painted over with a floral still life. 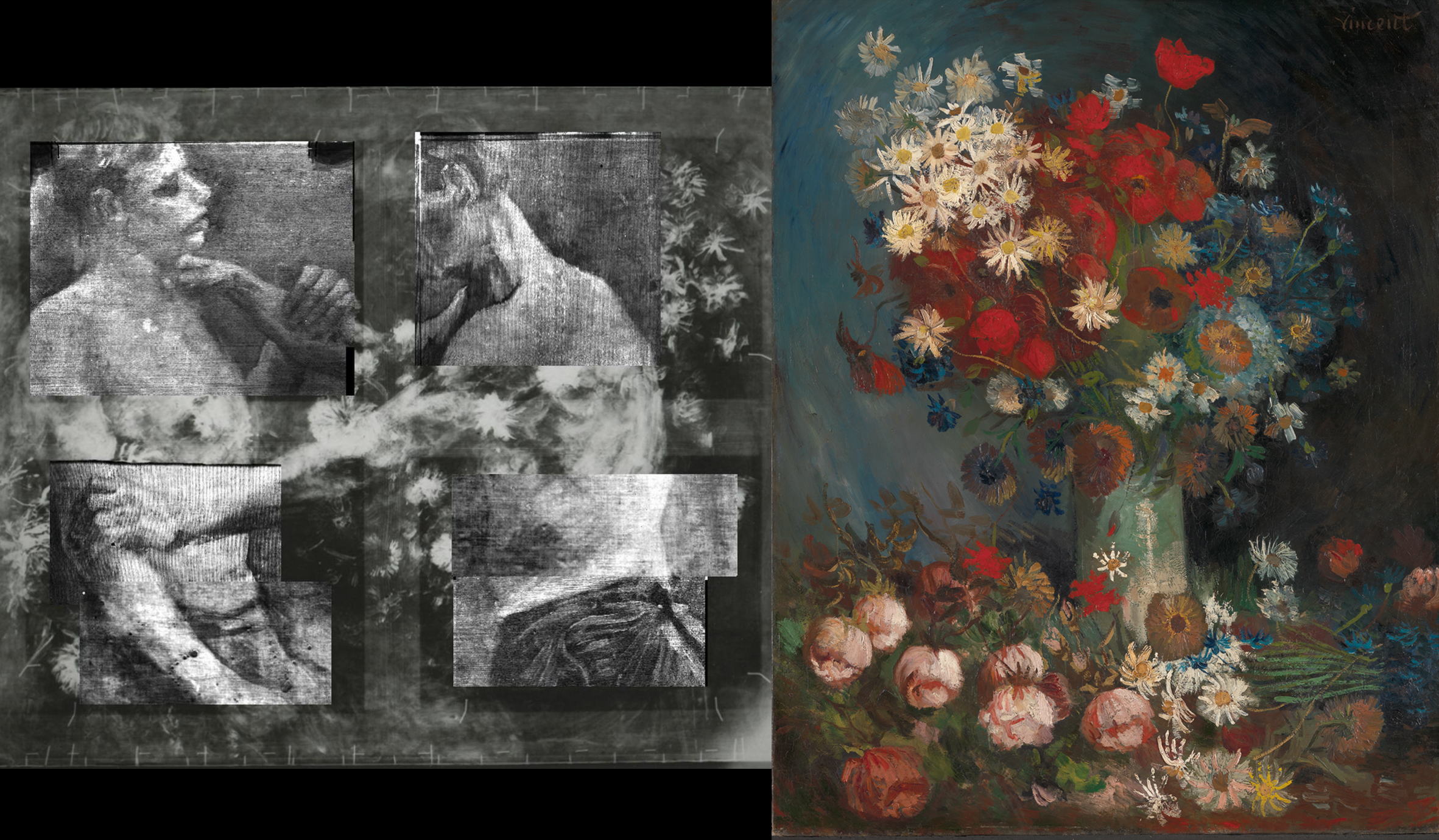 Van Gogh had rented a room at 224 Lange Beeldekensstraat (then number 194) above a paint shop. He walked daily through the city, mainly to the harbor area. He wrote to his brother about all the ‘beautiful’ things he saw in the Scheldt city. During his short stay he made some 35 canvases. Only 7 remain and the most famous work shows the view from his room. Van Gogh also made many sketches, for example in the collection of the Van Gogh Museum in Amsterdam you will find two drawings of The Stone Castle.

What is there to see in Antwerp

An Italian in the Low Countries – Guicciardini at Museum Plantin-Moretus

END_OF_DOCUMENT_TOKEN_TO_BE_REPLACED

Listen – Stories found in the city at the MAS

END_OF_DOCUMENT_TOKEN_TO_BE_REPLACED

Heroes in Armor in the Heritage Library

END_OF_DOCUMENT_TOKEN_TO_BE_REPLACED

Listen – Stories found in the city at the MAS

Institute of Tropical Medicine in Antwerp